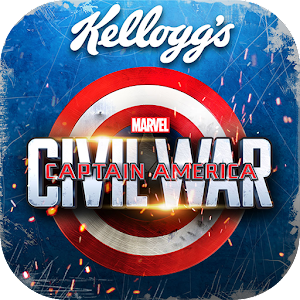 This app requires an Android device with significant processing power for an optimal VR experience. Those devices with lower specifications may result in low frame rates or may not be supported due to hardware below minimum requirements.

This free virtual reality app from Kellogg’s® drops you right in the middle of the action! Battle as Captain America® or Iron Man® in a 3-D world as you take on the infamous Crossbones and his henchmen. You’ll feel like you’re in Marvel’s Captain America: Civil War™!

In this first-person experience, throw Captain America’s shield or use Iron Man’s repulsor beams to get out of trouble. It’s easy. Just take aim with the motion-sensing controls that turn your smartphone into the controller.

Be sure to see Marvel’s Captain America: Civil War in theaters May 6!


This app is a cutting edge experience in VR for your mobile phone. Virtual reality requires processing power found only on late model Android devices running the most recent OS software.